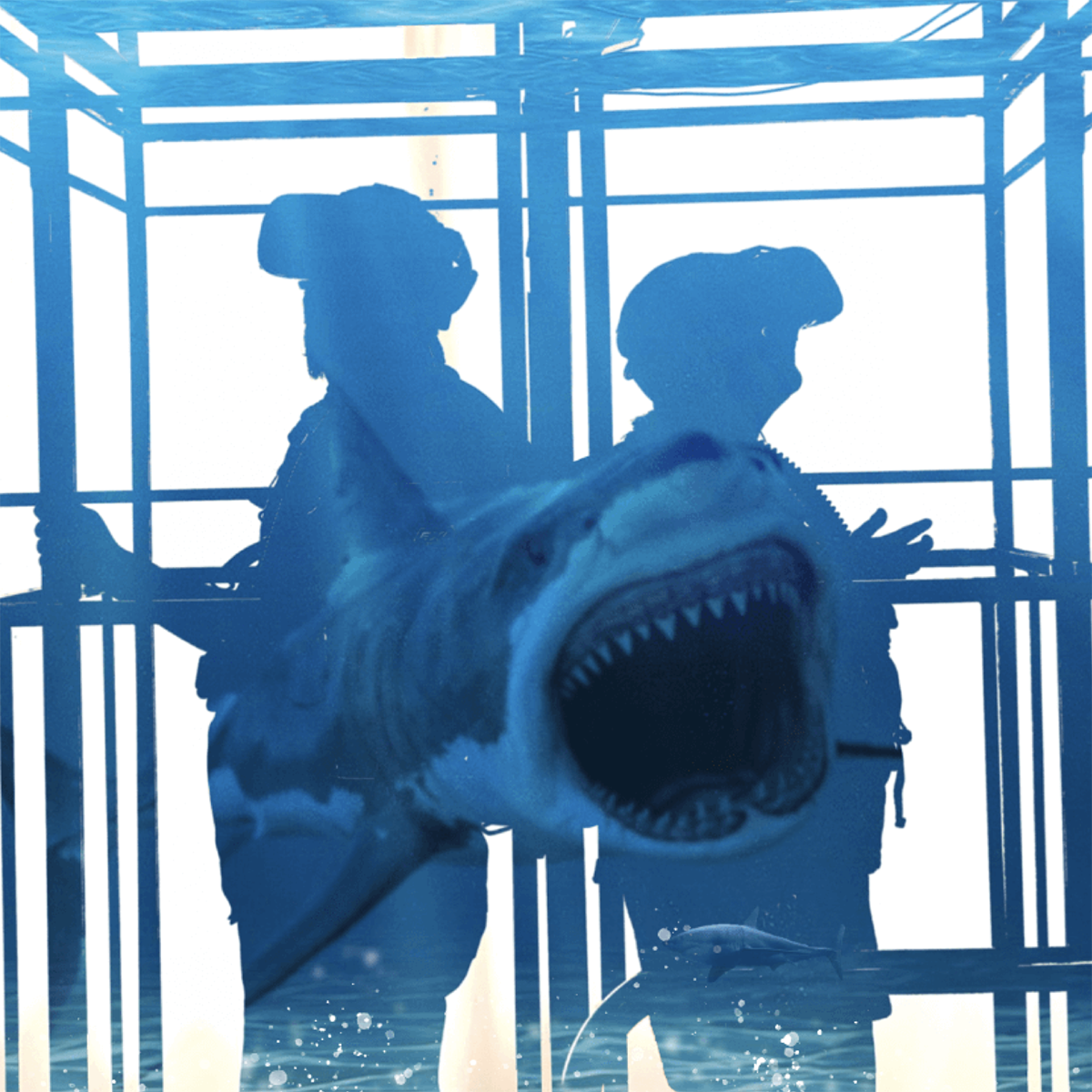 Virtual reality has already become a mainstream source of entertainment. It was not true even a few years ago when the price of high-end VR headsets was outrageously high. But now, it’s much more accessible to the regular gamer and to those who get a kick out of visiting the world from their living room.

But how does VR work? What are the different types of VR? What does the future hold for the industry? Well, that’s what we plan to find out in today’s post.

What is Virtual Reality?

In simple terms, virtual reality refers to a computer-generated world that you access through a VR headset. The environment inside the VR world is getting progressively advanced. From characters to objects to lighting, everything feels more lifelike as days go by.

The entire goal of virtual reality is to create an immersion between the CGI world and reality. The best VR experiences can take you to a different world! Anything and everything that happens inside feels like it’s happening to you.

For example, if you’re taking a roller coaster ride inside the VR, there will be wind blowing into your face. You’ll most likely sit on a simulator rigged with gyroscope sensors to mimic the transitions of the roller coaster.

The History of VR

From the looks of it, virtual reality seems to be a concept from the future. So, it’s normal for the majority of people to think that virtual reality is a very new concept.

However, the reality is different. Even the current technology of VR headsets goes back to 2012. The original concept of drowning ourselves in a 3D environment is actually centuries old.

If you’ve ever seen a stereoscope, you’d notice that it looks very similar to modern-day VR headsets. Believe it or not, it was invented back in 1838! The human race had already discovered the fact that if you present identical images to each eye, the brain will combine them and add depth to the environment. The design of the stereoscope has been the building block of virtual reality.

The next technological breakthrough came about in the 1960s. Ivan Sutherland, the inventor of Sketchpad and an MIT scholar, invented what is known as the Sword of Damocles. It’s a head-mounted display hanging from the ceiling.

Two different screens were attached to the user’s head to let him/her witness a 3D cube floating in the air. However, it didn’t suspend the reality entirely as you could also see the real-life elements through the screen. So, in retrospect, it was more of augmented reality than it was virtual reality.

The latest generation of virtual reality came to life in 2012 when John Carmack presented the first prototype of a VR headset developed by a 19-year old at an E3 convention! The game title DOOM was hacked to run with the headset to give the immersion of a 3D world.

The first-hand users of this prototype didn’t only play the game, but it was almost like they were in the game! It didn’t look like much at the time. The headset used duct tape to stop the light from entering the viewing screen.

Since then, it has been an upward journey for the VR industry. Headsets like the Oculus Rift and HTC Vive came to the market. They were designed to work with the Playstation console at that time.

2018 was the year when the first ‘true’ VR headset was released. Instead of running off of game consoles, these stand-alone devices had their own processing power. As of now, companies are releasing VR headsets that are capable of running at 8K resolution!

Still to this day, people confuse between VR and AR. AR stands for augmented reality. While the concept of the two is relatively similar, they’re not the same at all.

Virtual reality creates a whole different world and places you inside. As a character, you can interact with other characters and objects. Everything you see through the headset is generated via a 3D software.

Augmented Reality, on the other hand, blends the virtual world and the real world. When you’re dealing with AR, you can see the real-world surroundings along with the virtual simulation of the object or the character.

Pokemon Go is an amazing example of Augmented Reality. This 2016 game allowed players to chase Pokemons through their phones. You could only see them through your screen and that’s how you’re supposed to track them.

AR is already being deployed in various marketing and medicinal practices. For example, many super shops have deployed AR apps where you can browse through the products just as if you’re at the store.

While the concept of VR seems fairly straightforward, there’s more to it. Depending on the complexity of the system, we can break it down into three main categories.

This is basically your everyday computer or smartphone usage. People don’t realize that it’s a type of virtual reality as well because it’s so common. When you’re playing a game on your computer or your smartphone, you’re basically experiencing the non-immersive VR.

This is also known as 360 VR and it requires a dedicated VR headset. Most of the VR setups that are in circulation in the consumer market today belong to this category.

In semi-immersive virtual reality, you put on the headset to enter a 3D world where it feels you’re present in the environment. You directly interact with the characters and the objects. If something happens inside the simulator, it’ll feel like it’s happening to you.

The environment is often panoramic. It means you can move around wearing the headset and the environment will react to your movements. It offers immersive to a certain extent. Hence, the name is semi-immersive virtual reality. Some people also refer to it as 360 VR.

This is the crème de la crème of virtual reality. It’s also known as weathered VR. This setup requires high-end hardware to create complete immersion. You will not only be present inside the CGI world, but you’ll also have sensory reactions to the environment.

For fully immersive reality, a proper pair of VR glasses and a head-mounted display are required. The headsets usually create a wider field of view when compared to conventional VR setups in the market.

As of now, it’s mostly used by theme parks and high-end use cases. But we can surely hope that fully immersive VR will break into the consumer scene very soon.

However, MR doesn’t take place in either of those. Instead, it’s a hybrid environment where everything blends together.

Extended Reality is a mix of Augmented Reality (AR), Virtual Reality (VR), and Mixed Reality (MR). And everything in between. XR plans to blend all of the reality under the same umbrella for the consumers. The goal is to improve human-machine interactions as well as combine the real and virtual worlds.

Most Common Uses of Virtual Reality

All of these VR types exist for a reason, right? Well, multiple reasons to be precise. Let’s explore the common areas where VR is being used extensively.

The most obvious use of VR is in entertainment. Video games to be more niche. More and more VR titles are coming out for consumers that are compatible with most of the mainstream VR setups currently available on the market.

Some of the VR game titles include Sniper Elite VR, Star Wars: Squadrons, Astro Bot Rescue Mission, Blood & Truth, and so on!

Theme park rides can also benefit from the use of VR. Where the conditions are too dangerous to be present in real life, VR can be used.

Shark Week is a great example of VR in entertainment. It’s developed by Janimation Studios as a virtual reality shark cage. Consumers can put on their VR headsets and experience the thrill of being inside a shark cage without risks associated.

Even if it’s hard to believe, it’s true. For example, the Spanish National Research Council has found success in treating Parkinson’s disease using VR! Also, there are simulations design as an educational aid for the surgeons to practice surgery in a virtual world.

The mass use of VR in surgeries and procedures can revolutionize the medical industry by reducing mortality rates. Because there’s no room for practice or mistakes when human lives are at stake. Practicing in a VR environment can dramatically help surgeons to reduce the chances of mistakes.

Moreover, VR can be extensively used for improving mental health. For example, taking a few days off from work and going someplace new can be an amazing way to reduce the harmful effects of depression. With the use of VR, patients can visit new places without actually leaving their houses.

The use of VR in education might not be the norm yet, but it’ll definitely be in near future. The inclusion of VR can open new possibilities for children to develop their cognitive behavior and mental development.

Also, for older kids, VR can be an amazing way of learning new things and new skills instead of reading off of textbooks.

Just like in medicine, VR can be used extensively for military purposes. The UK Ministry of Defense already uses VR-infused simulations to train the soldiers in combat scenarios. The same principle can also be used in areas like bomb diffusion, chemical weapons, etc.

What does the Future Hold for Virtual Reality?

As much as we’d like to praise the latest VR headsets and other accessories, it’s not the norm yet. It’s still very expensive and only the early adopters are participating in the process.

However, it’ll not remain the same. According to an IDC research conducted in 2018, more and more companies are investing in the VR and AR industry and it’s destined to grow beyond 15 billion by 2022!

As a result, more game developers are including the VR feature in the titles. Clipping is still an issue with VR and engineers are trying to come up with innovative solutions to minimize clipping.

Clipping is the phenomenon when you pass through a solid object inside the 3D world. Some people also suffer from motion sickness due to the high frame rate. These are all real issues that need to be solved before we can call VR a mainstream form of entertainment.

As for the other industries like medicine, military, architecture, etc., all suffer from the same issues and consequences.

As of now, the majority of the VR gear requires wired connectivity with the headset. The good news is that technology companies are coming up with solutions that will make VR a completely wireless experience in near future.

Virtual reality is probably the new future of entertainment. It might be too early to make such a bold claim, but here at Janimation Studios, we’re hopeful. And we’re doing our best to come up with the best solution for our clients’ VR needs.

We’ve worked with clients like SEGA, 2K, EA, GameStop, Treyarch, Activision, and so on to develop VR solutions for gamers. We only intend to extend our range of activities and improve the overall experience for the consumers.