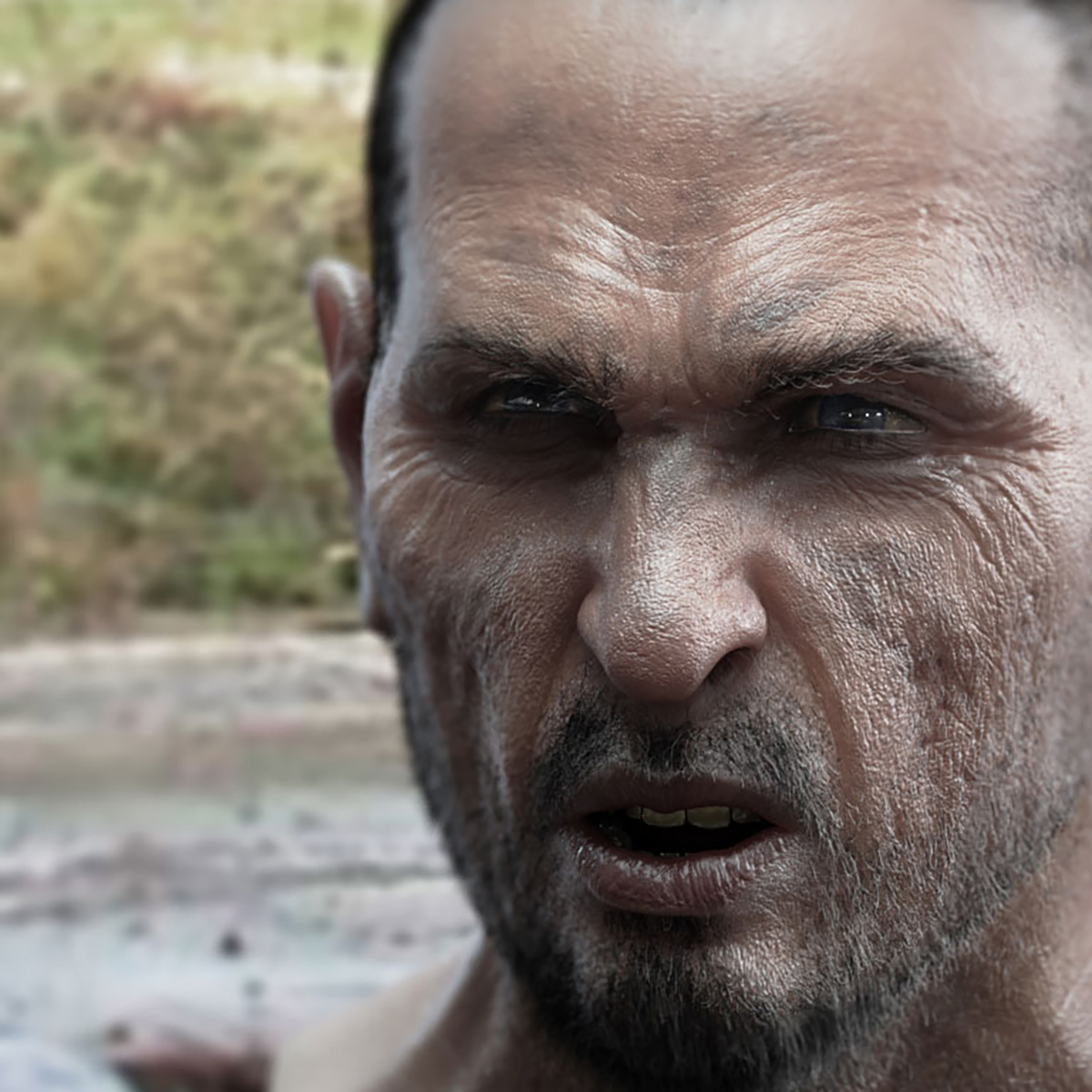 If you’re a fan of movies and TV shows in general, you’ve definitely heard the terms CGI, VFX, animation, and so on. In most cases, they are referring to 3D animation where a computer generates the objects and the characters in 3-dimensional space.

But how does 3D animation work? What is the process of generating a CGI scene? Well, it’s a long and time-consuming process to start with. In this post, we’ll look at the basics of 3D animation and how it works.

What is 3D Animation?

In laymen’s terms, 3D animation is the process of bringing characters and objects into life using the art of motion. It’s widely used across the entertainment industry. From movies to TV shows, from brand mascots to games, 3D animation is basically everywhere.

Similarly, the dragons from Game of Thrones or the tree ‘Grroot’ from the Guardians of the Galaxy franchise are all 3D characters. If you think hard enough, you’ll realize that we’re practically surrounded by 3D characters and objects in our daily entertainment channels!

The earliest computer graphics animation was tinkered with back in the 1940s. John Whitney is often credited to be the father of 3D animation for his works using only an anti-aircraft analog computer.

As computers became available in the 1960s, the industry for computer animation begun to flourish. It was still early to be adopted into the consumer entertainment industry. Back at that time, 3D animation was mostly done for scientific research purposes.

As the 1980s came about, computers became even more mainstream. New technologies for computer animation were being developed left and right by various organizations, including NASA!

The range of 3D animation software that was released during the 1980s is still considered to be the forefather of modern 3D engines.

Both 2D and 3D animation are widely used for entertainment and scientific purposes. The most obvious difference between the two is the depth. 2D animation only works with height and width on a two-dimensional plane. But 3D has an extra dimension (the Z-axis) which adds depth and makes the objects and characters more lifelike.

2D animation doesn’t have polygons or vertices to control the movements. It’s entirely on the artists to create a series of images that work as individual frames. Those frames are then pulled at 24 frames/second.

In 2D animation, artists have the option to either do the animations on paper or on computers. Back when computers didn’t exist, drawing each frame by hand was the only option. The original Tom & Jerry series, some classic Disney movies like Bambi, etc. were all hand-animated.

3D animation, on the other hand, is completely done on computers. The only thing you can input from the outside world is the motion capture data or the 3D scan of an object. The entire animation process and the rendering process are done with computers.

How Does 3D Animation Work?

To answer the question in the most basic way, we have to say that 3D objects are first designed with modeling software and then transferred to 3D software to animate them.

It means you’ll need to use two software at the minimum. One for modeling and another for animating. Then there is VFX, special effects, and so on. These are different layers that are interchangeable between software.

Here is the basic workflow of 3D animation.

As we’ve already established, for 3D animation to work, there must be 3D characters or 3D objects, to begin with. But where do they come from?

Essentially, there are two ways of creating 3D models. One is completely computer-generated, also known as CGI. These objects or characters are developed on modeling software from the ground up.

The other method is scanning real-life objects and then importing them into modeling software to replicate them.

If we break a 3D model down to the fundamentals, we’ll find a series of polygons. These are denoted as vertices among 3D artists. For an object to be called a polygon, it must have at least three vertices. So, the most basic shape in 3D modeling can be a triangle.

Now, imagine animating the triangle into different shapes by manipulating the three vertices. If you pull the top vertex upward, the triangle becomes narrower. Similarly, you are free to tinker with the rest of the vertices.

As animators are going to include motion on a 3D object, it’s essential that the geometric specifications are correct. In 3D software, animators basically manipulate the vertices on all three axes, the x-axis, the y-axis, and the z-axis.

After the vertices are created and the lines between them (edges) are ready, 3D artists add textures and materials to the character or the object. The materials are given to provide information for the 3D software for light and environment interaction.

For example, the light will reflect differently on glass and wood. The same is true for texture. Glass has a smooth texture that will easily deflect lights. Wood, on the other hand, has a rough texture that absorbs light.

If the 3D object is a tree, the leaves will interact with the wind. So, there must be wind simulation applied to make the scene more realistic.

After the 3D model is done, now it’s time to import it into the 3D software to animate it. Remember the polygons from the modeling step? Animators can manipulate the vertices of the polygons to add movement to the object.

The more advanced the model, the more control animators have over it. For example, if you’re dealing with a human model, you’ll need control over the skeleton to control the movements. The process is called assigning animation variables or Avar.

If we take a human model, for example, Woody from the Toy Story series by Pixar, it has over 700 Avars. Each of the Avars can be controlled manually by the animator in a 3D software. Animating the Avars is known as keyframing among professionals.

Keyframing works great for both CGI models and motion-captured models! In motion capture, an actor wears a special kind of suit that captures his/her motion. The suite is packed with sensors to pick up the motions that can directly be projected onto the model for keyframing later. It saves hours of manual animating.

After the animation is done, a VFX artist adds the rest of the elements to the scene. It includes the surrounding environment, interacting factors, and so on.

Sure, you’ve animated the model in the 3D software and went over it more than enough times to make sure everything is okay. But how do you make it accessible to the audience in video format?

That’s what rendering is for. Think of rendering as bringing everything together once and for all. Up until you render the scene, you have total control of what you’re doing with it. The moment you render, it becomes one layer of all the elements instead of thousands of layers.

Rendering in 3D animation is a time-consuming process. Also, it requires a certain level of hardware to work. That’s why you’ll see VFX studios are equipped with state-of-the-art computer hardware.

There are two main methods for rendering. The first one is done on prosthetic results. It’s then simulated for light transport and scattering.

The second method is for non-prosthetic models where the rending is done using art styles.

The Current Use of 3D Animation

When you hear 3D, most like games and movies come to mind first, right? In reality, the use of 3D animation is much wider than you would think.

Live action movies are the new norm of the entertainment world. Many classic movies are making a comeback with new and improved VFX characteristics. It’s all done with 3D animation. Some of them are entire CGI and some of them are a blend of real-life action as well as CGI.

The perfect example of a complete CGI movie would be Avatar by James Cameron. It totally dazzled the audience with its spectacular visual and special effects.

On the other hand, Marvel movies are a great example of a mix between CGI and real characters. 3D animators have phenomenally blended 3D animation and real video to create a more immersive and entertaining experience.

3D characters have to been used for marketing for a very long time now. Remember our previous example of Cap’n Crunch? It’s a 3D character. Similarly, Pillsbury Doughboy is another great example of a 3D mascot.

Believe it or not, 3D animation has widespread use in the medical field. Especially, when it comes to surgeries, 3D animation is used pretty much daily to simulate organ dissections and their functions. It helps the surgeons understand the human anatomy better as well as the risks of making a wrong move.

Computers games have seen a dramatic improvement in the last decade or so. If you compare a game from the 2000s to today’s standard, you’ll most likely be overwhelmed with the improvement. It’s all thanks to the inclusion of 3D animation and character design.

One of the most important and relevant uses of 3D animation is in the architecture and design space. 3D animation allows engineers to provide various parameters and simulate the outcome.

For example, if an architect is tasked with building a bridge, he or she will most likely simulate the design in a 3D software to check for design flaws. Thanks to the incorporation of modern physics simulation in 3D software, any fatal flaws can be solved before it’s too late.

3D software are one of the most complex creations of computer science. If you follow up on the VFX industry from time to time, you must’ve heard of Cinema 4D, 3Ds Max, Blender, Maya, etc. software.

All of these are designed to work with 3D models. They all operate with different file formats. The software that are compatible with multiple formats can usually work together. For example, you can create a 3D model in Blender and import it into Cinema 4D to animate it.

Here at Janimation Studios, we work with all kinds of 3D software to create our projects. We’ve worked on multiple VR projects, game projects, films, and so on.

Blazin’ is one of our premier 3D animation turnkey projects to showcase our capabilities. Bimbo Bear and Super Dillo are two of our beloved 3D characters. Both of them are Turnkey solutions for our clients.

If you’re not sure what Turnkey is, it’s a ready-to-deploy solution. In terms of character design, it means we’ve created the vertices and the skeleton for you. All there is left for you to do is include the skin and the texture.

3D animation has flourished beyond anyone’s imagination in the 21st century. Many amazing 3D software have made the market from reputed developers. It has also given birth to high demand for talented 3D artists.

Here at Janimation, we work closely with our clients to provide what they. It includes 2D animation, 3D animation, virtual reality, games, and so on. We know how complex 3D animation is. That’s why we also know that it should be left to the professionals at Janimation Studios to take care of.